The course was decent but not great (B-) with lots of fast grass, sections of very slow grass, a few hills, and, in lieu of barriers, a stairs run-up. We had Burke, his son Spence, Johnny V, Jim, and Chris and kids. Jason was on the disabled list but showed up as team photographer.

CX4 Masters had a big field of 42. After call ups, I found myself on the front row with Burke and Co on the second row. At the gun, I had a great clip in and blasted out of the chute. I looked around and only saw a couple of people with me. Was it a false start? Where is everyone?  Hell no, I got a great start and I’m with the leaders. Get your ass going and don’t lose this lead! Not having experience at the front, I was gunning it to keep up with these guys and put some distance between me and the rest of the pack. But being in a state of hypoxia, my reaction times slowed which resulted in me going through a double-taped section of the course (once you’ve gone through the tape, what’s the best way back on the course? Back through more tape!

Burked pulled the same move two laps later in the same spot). I clipped a pole and went down but was able to get back up and only lose a couple of places.  On the second lap, Hansen passed me with Burke and John hot on his tail. None of us could hold onto Hansen’s pace but the three of us, JV, Burke, and me settled into our own race.  It was nip and tuck the rest of the race (my kids looked at me when I described the race in these terms and they asked what CX has to to with plastic surgery).

I can’t remember who passed who when.  All I remember is Spence saying “Nice work Dr. Don” and then a few seconds later yelling “C’mon Dad, you’ve almost got him”.  No need to look back. I knew exactly where Mad Dog was the whole time. And talk about motivation. I was able to hold off the multiple attacks and finish 9th, Burke 10th and John 12th.  Meanwhile, Chris was having the strongest ride of his career on  a course that suited him well. A 27th in that field is awesome. Jimbo  raced strong but maybe two strong at times, going down twice, one he described in spectacular terms. He had the Go-Pro on so I’m expecting a vid on this soon.  He finished a strong 28th right behind Chris.  Overall, we had strong team finish (Chris is talking to the race organizers to see if we can have a “team competition”).

Spence road strong and finished 6th in the youth race. He was happy not finishing DFL since it’s been a while since he’s been on a bike.

Chris’s son is catching the CX bug and road the kid’s race and finished second.. He’s the first member of our Team HammerCross Youth Development Team. 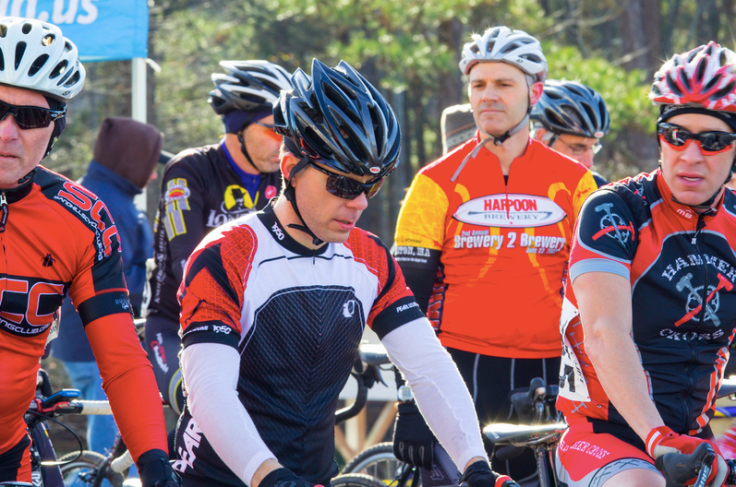 Burke and John at the start

How about an oxygen tank hand-up? 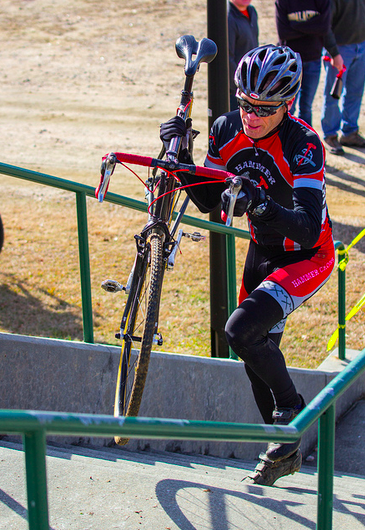 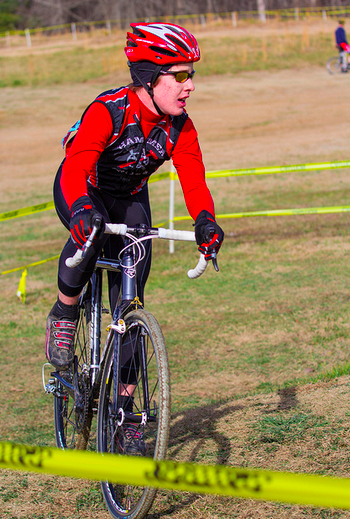